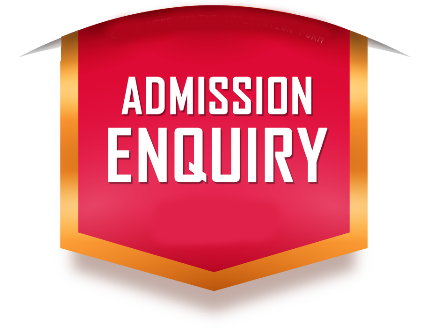 1. Oral warning and counselling.
2. Written warning.
3. Fine wherever applicable.
4. Issue of Yellow Cards.
5. Withdrawal of bus facilities for misbehaviour in the school bus.
6. Parents will be responsible for dropping their wards to school and picking them up.
7. Rustication and expulsion as per rules.
8. BLUE CARD: Students habitually late or not properly dressed will be put on this card by the appointments in the break each day, for a week and will not be taken off the blue card till an improvement is visible.
9. RED CARD: Careless and untidy work in academics leads to the award of a Red card, which has to be signed by the subject teacher on each day of the week during which the student is on the Red card. If the progress during the week is satisfactory, the Red Card is discontinued.
10.Yellow Card: Serious offences which reflect adversely on a student conduct e.g. breaking bounds, disobedience, telling lies, indicate the award of a yellow card which deprives the offender of availing any privileges in the school for a week. He/she is not allowed to attend any program, picnic or outing while on a yellow card. The award of three yellow cards in an academic year in quick succession may lead to the expulsion of the offender from the school on disciplinary grounds.
11. Withdrawal: If a child has to be withdrawn from school, parents are requested to give one calendar month notice in writing, failing which, one month fee will be charged in lieu thereof. Exception may be made in case of sudden transfer of government or military personnel.
12. Those who leave the school in May must pay the fee for the month of June.
13. Transfer certificates for children withdrawn are not issued until all dues are settled.
14. School can rusticate (up to 1 month) a student if his/her parents or him/herself misbehave with school staff or other students. If any other or same misbehave repeated than school can terminate the student with the immediate action.